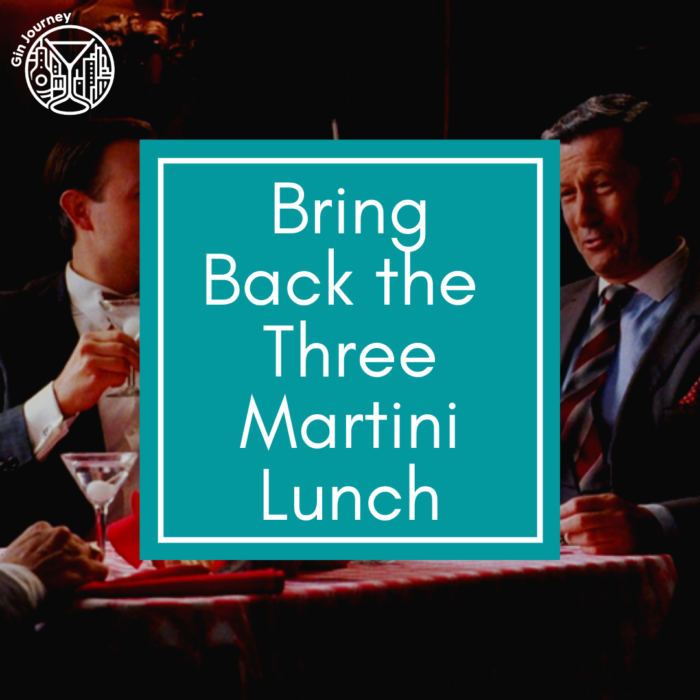 What does a lunch consist of? A Ploughmans? Definitely a lunch. Cream of Tomato Soup and a buttered cob (I’m from Leicester)? One hundred percent a lunch. Three Martinis? Well, with enough olives, yes, you’ve got yourself a lunch.

If you’ve ever seen Mad Men you’ve noticed they drink a lot. Swigging a Vodka Martini at 10am was the 60s version of knocking out some communal office downward dog. The Three Martini Lunch became synonymous with the Mad Men era.

With the new tiered COVID system being crowbarred into the UK mainstream this brings with it a whole new set of treats to enter the English language. In recent years we’ve enjoyed the addition of ‘Brexit’ (the crappest portmanteau ever) to our everyday chat. We’ve endured the incessant use of ‘unprecedented times’ and have you noticed that stating everything is now the ‘new normal’ has become, well… the new normal?

May it be said that here lies my campaign to bring the term ‘Three Martini Lunch’ into the belly of the 2020 transcript.

It was an American institution. A group of leisurely businessmen, famously working on Madison Avenue for great big advertising firms, would head out for a session that consisted of a bunch of Martinis and not much solids. Garnish each Martini with olives and you have sufficient food to write off the drinks as a lunch. JFK tried to bar the practise in 1961 with not much effect, then in ‘76 Jimmy Carter’s manifesto portrayed the event as rich businessmen having a liquid lunch subsidised by the working class. The opposition, Gerald Ford, thought differently: “The three-martini lunch is the epitome of American efficiency. Where else can you get an earful, a bellyful and a snootful at the same time?”

Sounds outdated, privileged and patriarchal right? Well it was. However this old tradition could serve a great purpose in 2020. Our government friends have continued to lay the blame of COVID-19 squarely at the door of the hospitality industry, or that’s how the legislation seems to have it. New laws mean you can only head out and have a drink as long as it’s paired with lunch (if where you live is in Tier 3). Licensed venues have worked tirelessly to become safe,  bending over backwards to bring in new methods to control the spread, yet they’re still being penalised. I think we can all agree it makes zero sense. Yes, there is a dangerous virus out there, but blanket banning venues which have proved compliance is a nonsense. Kicking everyone out at 10pm so they head to each other’s home with no licensed venue responsible also makes a lot more sense right? Anyways, rant over.

If you have ever eaten out, been served a great cocktail or partied all evening with the late night staff keeping you hydrated, I believe it’s your duty of care/responsibility to get back to these venues and show support. During this craziness we have seen so many people really do care about their locals – and this is a great thing. The people affected are the same people who have taken on risks to their own health to provide something that improves your quality of life. It’s those plucky business people who want to do something different and provide jobs (2.9 million+ of them) within a wonderful sector that are being victimised again and again by these blanket and frankly idiotic measures.

I have worked in hospitality since I was 18 and I have loved being part of this forward thinking, inclusive and vibrant industry. If we lose it, the country has lost part of its soul and many, many lovely people will continue to lose their livelihoods and their passion. 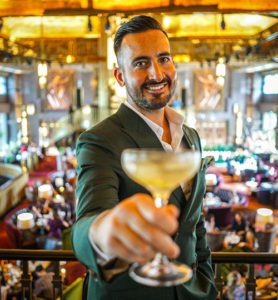 Founder of the Gin Journey and proud protector of gin.

Are You of Legal Drinking Age?